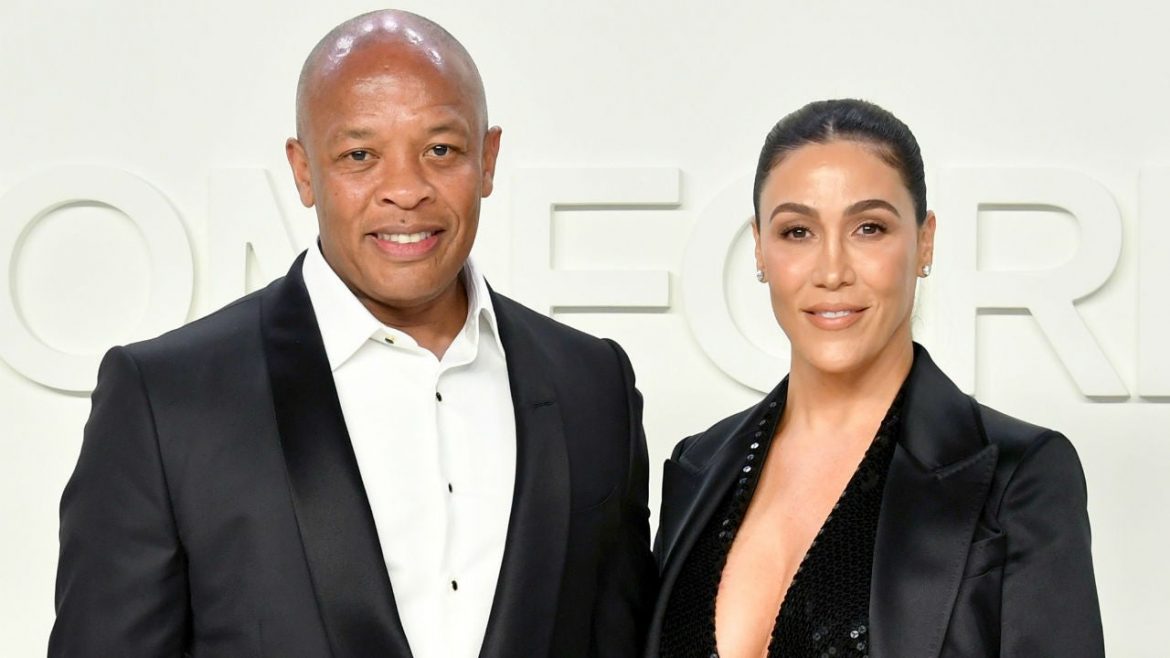 Young, 50, filed documents seeking to end her marriage with Dr. Dre, 55, whose real name is Andre Young — on Monday in Los Angeles County Superior Court. Young cited irreconcilable differences as the reason for the split, and she is seeking spousal support from Dre.

Dre and Nicole Young married in 1996. It was the first marriage for Dre. Young was previously married to NBA player Sedale Threatt. The pair share two adult children together, daughter Truly Young, 19, and son Truice Young, 23. The rapper has four children from previous relationships.

TMZ reported the couple did not have a prenuptial agreement, which, if true, could make splitting the hip-hop mogul’s multi-million-dollar fortune quite the undertaking. Dr. Dre is worth an estimated $800 million, according to Forbes, which has consistently included him on its list of the world’s wealthiest hip-hop artists.

In July 2008, Dre released his first brand of headphones, Beats by Dr. Dre. In May 2014, technology giant Apple purchased the Beats brand for $3 billion, Apple’s most expensive purchase by far.

Dre began his career as a member of the World Class Wreckin’ Cru in 1985, and later found fame with the gangsta rap group N.W.A.

Dre’s solo debut studio album The Chronic (1992), released under Death Row Records, made him one of the best-selling American music artists of 1993. It earned him a Grammy Award for Best Rap Solo Performance for the single “Let Me Ride”, as well as several accolades for the single “Nuthin’ but a ‘G’ Thang”. In 1996, he left Death Row Records to establish his own label, Aftermath Entertainment. He produced a compilation album, Dr. Dre Presents the Aftermath, in 1996, and released a solo album, 2001, in 1999.

During the 2000s, Dre focused on producing other artists, occasionally contributing vocals. He signed Eminem in 1998 and 50 Cent in 2002, and co-produced their albums. He has produced albums for and overseen the careers of many other rappers, including 2Pac, The D.O.C., Snoop Dogg, Xzibit, Knoc-turn’al, The Game, Kendrick Lamar, and Anderson Paak.