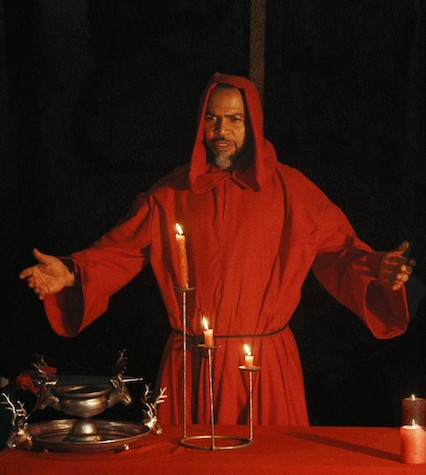 One faithful day, my friend Michael and I were hungry, Michael had just smoked away his life and we needed food to survive this ‘famine’ that befell us.I was not expecting any allowance from popsy because I had sinned and come short of his glory at that time and it was no help that Michael had also been partially disowned by his parents. Everyone in the hood knew we were low key scammers because if you lent money to us, you would definitely end up begging us in order to get back your money, so with that reputation, no one ever agreed to give us money when we were together. It was that bad.On this day however, luck was on my side as I had only a ₦1000 note with me, this was my only cash home and abroad! We had one option; gamble it to bring in more money, and if it happened that we lost, the plan was to scatter the gambling ground and take back the money… perfect idea right? Yes, yes it was!However, Michael came up with the best idea his head had ever produced. He suggested we visit his uncle who was one of the strong native doctors in Ahoada West. I asked him what his uncle would do for us, Michael instantly yelled at me:

”oboy u dey fuck up o”, wetin native doctor wan do for u na? As I like dis eh, I ready to use my papa do money”. In my head, I said no wahala. After all, nah your own papa u wan use. But low key, we both knew his father’s head would not yield to anything useful.

So we agreed to visit his uncle. The decision to go to Ahoada was not an easy one to make, as we had been involved in a gang fight there before but last last, man must die once abi. We went straight to the bus stop and took a cab going to Ahoada. When we arrived at his uncle, the babalawo’s place, we were informed that he was busy with the gods, hearing this Michael and I looked at each other and smiled, we came at the right time. We were offered food that we assumed to be sacrifices from other people, but no shaking we ate it rapidly and ruggedly, you should have seen how we massacred the chicken. Miko whispered:“Aboy, u no go like be native doctor” as he reminded me of how I wanted to be a medical doctor whilst I was much younger.

Soon his uncle came out from his inner chamber to join us. Michael made the introduction and we exchanged pleasantries. His uncle then asked what we had come for. I was shocked that the gods hadn’t revealed that information to him, abi nollywood dey scam us? Anyway, my hope was still high because the man looked wealthy.Miko narrated our story of how we had been suffering in this world. After listening to Michael speak, he offered to help us.

Chai, joy just full my belle, so finally I go dey stinky rich!His uncle asked us if we gambled, we replied no. He asked if we played any sort of bets, even Baba Ijebu, we said no again. He revealed that that was our route to success. We immediately screamed:“Ah! Baba we ready for anything”.The Baba upon hearing that, led us into his shrine. He brought out some chalks and other materials and began his incantations, we were just nodding to both what we understood and what we did not understand.

After the incantations came instructions. It seemed simple enough:“Drive this nail into a tree, then gaze at the sun

, take this ring and speak to it when you get to any bet shop, it will direct you”.Chai, na like dis we go blow! We quickly thanked him and left for home. Michael was already on calls inviting niggas to come to the house later that night.When we got home, we located a tree, hit the nail into it as instructed, looked at the sun three times and zoomed off to a 1960 bet shop close to us. Na there we begin talk to ring.

Omo, two hours went past and we hadn’t heard any voice. We decided to go to Baba Ijebu to try our luck. We got there and had to learn the game o. Another hour went past and still we heard no voice, we were just impatiently waiting to hear a voice, something like what Moses heard from the burning bush.Then a voice came to me, I was smiling happily as this was our road to become millionaires. Baba God don answer our prayers. I decided to use the last money I had in this life, ₦500, to play this game because I believed we would be cashing out big time the next morning.

I vividly remember the numbers 44,22, 6. A female worker there played it for us and we took our ticket. We preserved it with our lucky ring and dreamt of swimming in cash. The next morning we both dressed up as the millionaires that we now were and headed to the Baba Ijebu place.

We looked at the board and we couldn’t find our numbers amongst the winning numbers. Michael was sure he got affirmations of those numbers and then we accused the lady of omitting our winning numbers

. Michael, who is short tempered thought it wise to burst bottle and scatter everywhere, before we realized what was happening we were already in FMC emergency ward.It was horrible.Babalawo failed us