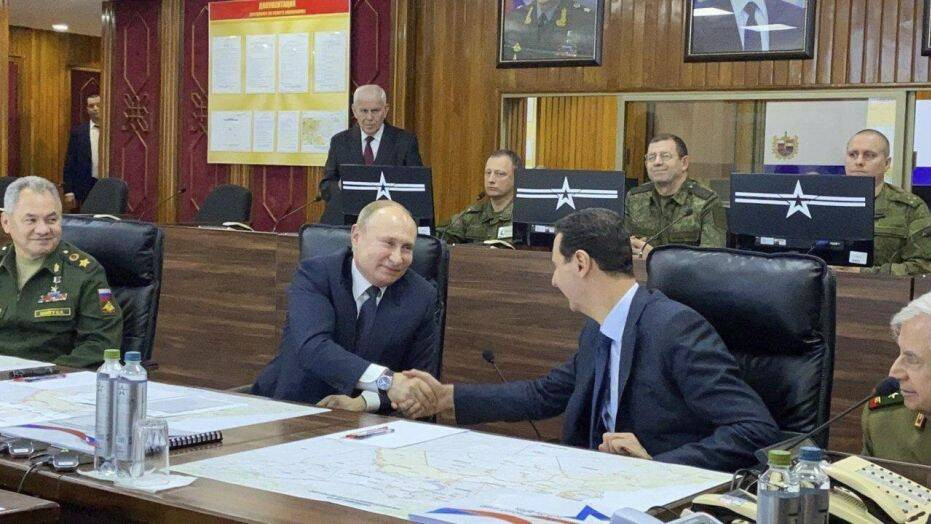 In the video, Assad and Putin joked that Trump should follow in the footsteps of, Paul the Apostle, and visit the Syrian capital of Damascus and the video comes a month after NATO  leaders Canadian Prime Minister Justin Trudeau and French President Emmanuel Macron, were recorded mocking the American president at the sidelines of the NATO summit..

Remember in the bible,  Paul also known as Saul persecuted Christians before he was struck blind by Jesus as he was on his way to Damascus to arrest Christians and bring them back to Jerusalem for persecution.

Once Paul made it to Damascus, he was baptized and regained his sight before going on to preach the gospel of Jesus, becoming one of the biggest biblical characters ever.

In the video, Putin joked about inviting Trump to Damascus, Syria after Assad said he was ready for a visit if Trump had ‘changed’ then Putin joked “I will tell him,” as both leaders laughed.