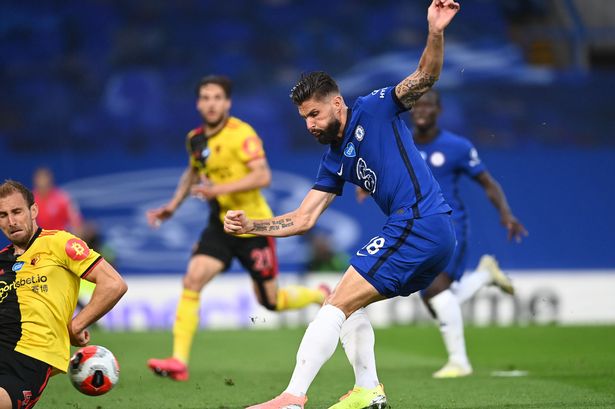 Ready for another bang?

Norwich is going down, they’re actually just one loss away from being effectively confirmed to be relegated, they will have to win all their remaining games, considering the fact that they have Chelsea and former champions, Manchester City to play, it’s as good as saying goodbye to the exciting Canaries. Aston Villa is looking good to join Norwich in the championship league next season, Villa do have Arsenal and Manchester United to play as they try to fight the impossible, but Norwich’s situation is worse because Daniel Farke’s side has fellow strugglers like Watford and West Ham to play in their bid to survive.

Norwich City is already out of time, luck and the interests of surrounding teams; West Ham had a chance to steer clear of the drop zone, their dreadful defending against Newcastle meant they had to lose a lead twice to the detriment of their survival battle, they can be safe with Norwich set to lose at least three of the remaining five and maybe draw one, Villa on the other hand also have their fate in others’ hands, Bournemouth, the last piece of the red zone puzzle also have to play Leicester, Spurs whom they play next and also a trip to the Etihad Stadium, we might be seeing the end of the Cherries in the premier league, by normal football permutations, we can tell that at least two of these three will go down.

The dynamics of European places has changed a little bit with Arsenal now joining the conversation, four straight wins and the fans are dreaming again, singing praises of their rookie manager, Mikel Arteta, fighting for the ball together, defending deep and taking their chances, while not many saw a win over Wolves coming, including yours truly, it was obvious to the eyes that Arteta’s project was a move in the right direction.

In the win over Wolves, Arsenal saw the need for Aubameyang to commit his future to the London outfit, his demeanor and body language will be a strong pointer for the likes of Bukayo Saka and Eddie Nketiah, with Gabriel Martinelli recuperating from an injury that will keep him out of the squad until next season, Arsenal must do what they have to do to keep their captain.

Leicester won for the first time in four games, doing their business the best way possible against Crystal Palace, from a position of comfort, Leicester are now struggling to keep their place in top four and must beat Arsenal on Tuesday. Leicester can look at Jamie Vardy and rest assured in his prolific record against Arsenal, the talismanic forward returned to scoring form with a brace against the Eagles, goals that took him to club 100 in the premier league, age might be sailing away from him, but he’s getting finer like wine.

Chelsea are quietly flying, Christian Pulisic must have benefited from the lockdown with his strong showings, Willian is another player that is driving the Blues as they try to strengthen their stronghold on fourth place while eyeing the third which is currently occupied by Leicester, With Manchester United breathing down their necks, there’s no margin for error for the Blues. Frank Lampard will have to decide on his defensive pairing going into the new season, Kurt Zouma is being linked with a move away from Stamford Bridge, Everton is lurking for the French center half, Khalidou Koulibaly might be the name on the lips of many fans but left back acquisition of Ben Chilwell is another.

Away at Palace next, Chelsea cannot afford to slip up, they do have their former reliable center back, Gary Cahill to contend with and with history showing funny stats, and Chelsea must remain physical, tricky and decisive on Tuesday.

United are away to Aston Villa, flying Portuguese, Bruno Fernandez has transformed their game, Mason Greenwood has benefited greatly from the signing of the former Sporting CP midfielder and right now, it can only get better, Aston Villa does have something to fight for, the diamond for them is right under the claws of the devil, Jack Grealish will lead his team out to attempt like David, but this Goliath from Old Trafford won’t be nice, Dean Smith’s David will need more than one stone to end United’s Goliath.

Jose Mourinho as usual has been talking about Arsenal in the news, it is his usual practice to look for who to blame and the Gunners may have played into his hands with a post on Facebook that he has been ranting about; Arsenal posted a video of their FA Cup win over Sheffield after the Blades beat Spurs last week with a caption “It’s not easy to beat Sheffield at Bramall Lane”. Talk is cheap, Mourinho has to do the business on the pitch, he has a sinking team to play, Bournemouth have to win here or be condemned to relegation, Spurs however can build on the momentum they got from the win over Everton… The die is cast!

Speaking of Everton, Carlo Ancelloti isn’t getting it right after all, not judging them on the loss to Spurs but on their silence in the transfer window; with a proven winner like the Italian in charge, names should be rolling in even before the lines are open for business, maybe they want to leave it late or clear out some misfits first, Southampton next for the Toffees and a win is a must, but the Saints beat the former champions, something many aren’t able to do, on who’s side is the momentum?

Manchester City will face Newcastle, both don’t know how to defend, the Che Adams goal that City conceded against the Saint wasn’t the first of such, Scott McTominay drove such home sometime before the lockdown, Jonjo Shelvey will definitely be looking out for that, but like City did Watford after the loss at Norwich, Newcastle should be careful.