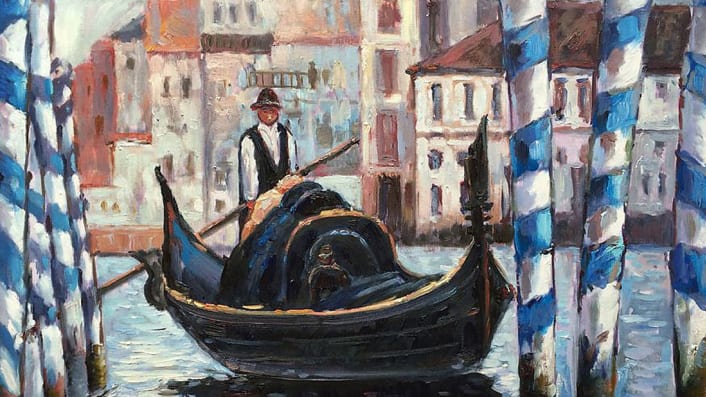 That’s actually the wrong question. Magicians appear to float because they’re standing on something. That’s obvious. The question is, why can’t you see the something?

There are thousands of ways to disguise the “something”. Here’s one:

Here, the guy is actually sitting on a legless chair. There is a stiff beam running from the seat, up his body, along his arm, to the “staff”, which is connected to a plate on the ground. The plate is disguised by the cloth on the ground, and his robes disguise the support beam and chair. His hand keeps you from seeing where the chair connects to the support pillar. (The sign helps disguise that, too, but it’s not necessary.)

There are hundreds of other ways to do it. But at core, the “float” is easy. It’s just wires, or a platform. You just don’t recognize them. Your failure to recognize is where the magic happens.