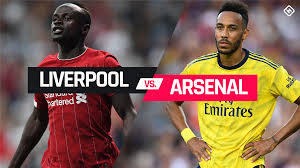 Bournemouth fired four past a ten man Leicester, who would have thought that before kick off? That’s the beauty of the time we are in, everyone wants to fight for their spot in the league next term but as expected, Norwich are down and under, their epic loss to an Antonio inspired West Ham on Saturday confirmed their relegation from the premier League; shame but it is what it is, the exciting Norwich are down and will be in the championship next season, they need company, the journey to the Sky Bet Championship is cold and best explored with friends, who will accompany Norwich?

Bournemouth are three points and three goals off safety, beating Leicester can be the spring they need to survive, they do have Manchester City to play and then a winnable Southampton and a trip to Everton, a point against the former champions and two wins means they will survive depending on how wasteful Watford and West Ham are; Watford have a very difficult run, they have to play Manchester City, the team that destroyed them in the first round with eight harrowing goals and Arsenal, a team chasing Europe and depending on standings, the Gunners might need that fixture same way the Hornets might need it. West Ham have to play United, that will be a bit difficult considering United’s form and the news that 5th place wouldn’t be enough after Manchester survived the court of arbitration for sports, Villa and Watford are the other two games for the Hammers, winnable but they have to work for it with the other two needing results too.

Speaking of Aston Villa, beating Crystal Palace was a huge relief, but they can’t afford to drop a single point, can they beat Arsenal, Everton and West Ham? Brighton can worry a bit but not too much, they have the Saints, Burnley and Newcastle to play, they can win all and climb further or lose all and throw themselves into the relegation dog fight, every game is important for the five things in the pool.

The battle for Europe

Hello Manchester United, Chelsea and Leicester, the news you wanted came out negative, like COVID-19 result, it was demoralizing for the trio that thought they could stroll to Europe even if they don’t get a grip, Manchester City won their appeal at the CAS and will be flying in the champions league next season! With three games to go, it was unexplainable for Chelsea to lose in such a limp manner at Bramall Lane and whatever Leicester smoked before filing out against Bournemouth should be banished for good.

Leicester are actually the ones to be afraid the most, they won’t have their every reliable center back, Caglar Soyuncu for the rest of the campaign after he was sent off at the Vitality Stadium on Sunday, they have to fight for Europe without the Turkish defender and that will be against Spurs, a defiant Sheffield and an inspired, yet broken Manchester United, that will be tough.

Manchester United will wonder why their team keeps missing golden opportunities to go third seamlessly, yes you can say Sotton beat Manchester City but that will never be a good excuse, you have more to gain and lose, it was a golden chance and now you have to do it the hard way; the 2:2 result vs Southampton left United in 5th after watching the duo of Leicester and Chelsea lose heavily, they had just one job, beat Leicester and go third, they bottled it and now will have to deal with the final day madness against the Foxes.

Chelsea must pick up from their shameful loss to Sheffield, mathematically they aren’t assured with fixtures against Liverpool and Wolves still to come, an FA Cup date with United is also up for discussion by weekend, it’s a very challenging time for Frank Lampard and the Blues, they can’t afford to slip up.

Europa places are looking dicey with cup place having a say in that, but 5th and 6th are assured to play in the second tier European competition. Arsenal played all the game and still managed to let Spurs win on Sunday, lots of defensive problems to fix at the Emirates, Spurs on the other hand can believe, win all your games and proceed or pray Liverpool get the better of Arsenal in their next game; Wolves can relax, two points is enough for them to make Europa safely or even win all and take aim at the big one, they can still win the big one – win Europa and land in champions league! Sheffield is in the mix,

Four points will be enough for them to finish in Europa places as they currently sit four points above the Gunners.

Premier League predictions is next, it is what it is, games are coming thick and fast but we have to keep up, you don’t mind do you? And remember to gamble responsibly.