Dear Corona… Don’t do this to me, don’t do this to us. My name is Ramsey, I hope you like my name like I like yours, it’s not my place to teach you how to live your life or where you should travel to, no one tells me how to move, I won’t be insensitive or entitled, I just think we should talk.

Dear Corona, I apologize for the appellation humans like me have given to you, we sometime don’t know how to behave, we get carried away too easily and we miss objectives most times, I am convinced you crossed our borders to teach us a lesson, to help us learn how to fight together and realize the value we lose in the midst of political differences, you’ve come to teach us how to treat our respective bodies, to wash our hands and stay clean, you have help us to accept that some meetings can be emails and some gatherings are avoidable, we are grateful Corona, but we need to talk.

I woke up to the news of Mikel Arteta testing positive to you, Callum Hudson-Odoi too, it was hard sleeping in the first place knowing there are chances many games won’t go on because you’re around, now I can confirm no games would be played at all, you see why we should talk?

I’m an Arsenal fan, just introducing myself so you know I’m leaving nothing out, don’t think that way Corona, I’d have written you if it was Jose Mourinho of Spurs that contacted you, I know you don’t believe me, well you might be right, but do you mind walking away without causing more damages to the game I grew to love?

Listen Corona, you have to understand, there’s more for you to gain in walking away than sticking around; not like I don’t know some of us invited you, I won’t ask you to name names, nah, not necessary, but I think it’s time for you to leave. Football is life, forget what they told you, trust me, the reason humans haven’t invaded wherever you came from is because football keeps us busy here, and you know something? If there’s one thing you should learn as you peacefully return to wherever you came from, the joy of football!

Football is the reason we can cope in the world with the gazillion numbers of languages, we don’t care if it’s Mandarin or Ibibio, Swahili or Noor, as long as the round lethal piece is moving and folks are running after it, the ecstasy and elation we feel is unquantifiable; it’s irksome and hurtful that we won’t be seeing our beloved game on TV or at any stadium with the fear of evoking your fierce wrath, no not that, I’m not even trying to make you feel bad, I just want you to know that Pierre Emerick Aubameyang is too important to down under you, his electrifying smile gives us a kind of energy that Nigerian power plants need to serve the masses, and to make it worse, Alexander Lacazette shouldn’t bother testing for your presence in his blood clot, if Auba has it, Laca has it, Auba is clingy like that, see why I’m worried?

I’ve been to Rome once, the serenity and beauty of the Vatican city has been eroded by fears and agony of isolation, the streets are bleeding, the land is sick, games are suspended, and the few that were played were horrible to watch; it was a relief to watch Spurs crash out of the Champions League in Germany, but it was confusing hearing different languages on the pitch because the absence of fans meant we’d hear Toby Alderweireld yell in whatever language they speak in his part of Belgium as Japhet Tanganga hacked down Timo Werner, I won’t lie, football is nothing without the fans, us fans that you have decided to shut out, think about it Corona, is this what you want?

I don’t make financial decisions and it’s not like my country’s economy is anything to savor, but Wall Street is crashing and that means a lot of bad things; oil prices are crashing, folks that invested in Bitcoins are crying, their tears are falling on ailing lands and even the dead can’t sleep well, your cousin, Global Warming isn’t nice to us either but at least we take responsibility for her anger, see we humans are terrible people but can you not make a bad situation worse? Not like we like each other, well I hope Spurs get relegated and all but that’s quite personal, was thinking of going on vacation but how do I go anywhere when you’re moving mad? Well I’m writing you because you are threatening to ruin my weekends and I sincerely understand you have my interest at heart, I know you want employers to allow folks to work from home but we’ll find another way to achieve that, okay, I’m asking you, now that you have shut down sporting events, what would you have us do? Football is life, if you didn’t know before, now you know.

Dear Corona, thanks for coming, but it’s time to go. 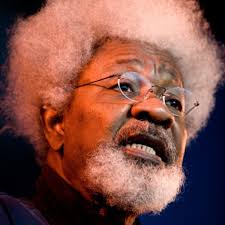