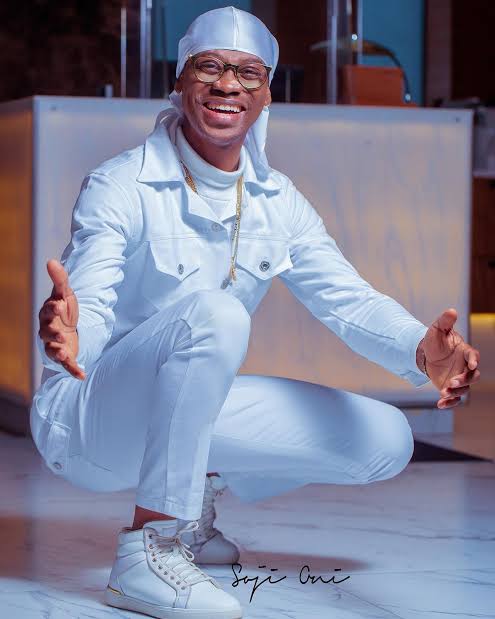 For a long time I wondered what people liked about Adedimeji Lateef, yes he’s a top actor and doesn’t look bad, his rise in the movie industry was fast and furious, it took me a good while to join the train.

A lot of people were surprised I didn’t write about Adedimeji Lateef in January, it was deliberate because I knew his birthday was around the corner, there you have the answer as to why he didn’t feature on my dirty boxers until today.

I’ll touch on all the areas of him I know, as a man, an actor, a singer, a model, a clothier, a compere and an entrepreneur, he’s also married to one of my favs and he’s a friend that means a lot to me, but I’ll start with the part of him not many of you know.

To his fans, his crushes and allies, I’m happy to announce to you that Adedimeji Lateef is one jealous dude, I wish I can explain further but I will let that slide, there’s no crime in it anyways as long as it’s well managed, trust him to mask it away from the public glare.

Adedimeji Lateef is probably the most competitive human I know, he’s a bit of an extremist and likes everything being perfect, he doesn’t settle for second best, you will have to jump out of your skin to outshine him, if he was a footballer, he’d be in the class of Cristiano Ronaldo.

I was worried for him at some points, he was legit running on low gas yet he was going from set to set filming block-bursters, I kept screaming at him for the rest he needed, he kept pushing hard and only God has the explanation to where his strength comes from.

From Ade-Fits, to Style by Ziz and Just Wear It, his clothing empire is growing by the day but a part of me actually believes all these should be under one umbrella but I realized each brand has different targets, how come I don’t have an Ade-Fits track suit yet?

As an actor I don’t think Adedimeji Lateef needs any introduction, HipTV movie reel show ranked him as the best actor in Nigeria for 2021, he deserved it without questions, from Ayinla, to the beauty and the beast, All my life, the breaded life, Naija Christmas and a lot more.

Speaking of Ayinla, the project brought to the fore the versatility of Adedimeji Lateef, playing the role of Ayinla where he had to sink himself into the Apala legend’s character, the musical performances, the carriage and language consistency, he made me proud.

I’m still surprised that he hasn’t actually explored music beyond what he currently does, his songs on Audiomack are doing good numbers but I expect more from him, I hope he floats a record label this year and allows that part of him flourish.

Of all his many characters, I can’t relate with “Iya Peju” but to my surprise, a good number of his fans can’t wait for the next episode of that weird Yoruba woman character, I think I should ask you, which of his characters is your fav?

It’s Ndike for me, yes I love all he did with Ayinla and Jugnu but the fact that there’s so much of laughter to go round in him as the Onitsha prince means there’s no dull moment, I won’t be surprised anyways if we see another shade of Lateef in 2022.

Lateef is so easy to work with on set, he knows his job and he’s always professional, with him you don’t spend too many hours shooting, he also has the drive to motivate folks on set, and when he’s the one directing or coordinating, you see all hands straightened on deck.

His demeanor is majestic, calm and royale, did you ever see him jump online to reply silly bloggers? He would always tell me to allow them use his name to drive traffic to their blogs while he focuses on doing his bit to continuously stay relevant enough to be news worthy, then you hear: “Ramsey it is what it is”

Lateef was a keynote speaker at the recent TED-x event in Ibadan, he has gone beyond the regular actor on TV, evolving into an all-round entertainer, a worthy model to the emerging generation.

I should say something about his marriage – (not about his wife, she should wait for March 24). When he told me he was getting married to Mo, not like we didn’t know before but the official announcement sent tingling feeling down my spine, it was the victory of love over lots of adversaries, the celebration of strong will and relentless determination, glad I was part of that story.

Not sure anyone else advertised #AdeAdeForever as much as I did but Covid booster shot sent me out of the hall earlier than planned, that’s a story for another day. The celebrity wedding of December 2021 will rank as the peak of the bunch in that regard in the Nigerian entertainment scenery.

What should people expect from Lateef this year? Cinema/Netflix projects, the premiere of “That one time” and web series that will keep you coming, check out his works on AlNotions YouTube page and don’t forget to stream his music.

Happy birthday Adedimeji Lateef, Ekun oko Rahmah, first of his name, the real wolf of Lasgidi, Ayinla fun ra e, here’s me wishing you all of God’s blessings and the strength to keep breaking barriers.

This new year, I hope you make my job easier; prompt revert and feedback in Jesus name. I was going to talk about the fact that you have refused to give me my hat but I won’t. I leave it here and will deff meet up with you at the table of men. Happy birthday King. 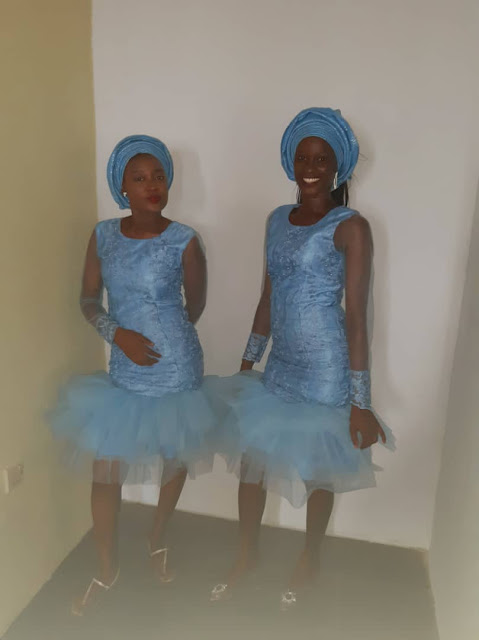