There’s always that one day the stubborn grasscutter will meet the stinging claws of the hunter’s trap in broad day light, 27th February of 2011 was one of those days.

I’d suffered lots of football heartbreaks before then, the very first was Italy’s extra time victory over Nigeria in the round of 16 of the 1994 edition of the FIFA World Cup, I was such a young boy but I could remember how pained my father was after the full time whistle was blown.

France 98 World Cup was another tournament that served me breakfast but it didn’t pain me as such, everyone knew the Super Eagles weren’t good enough and while the 4-1 embarrassment from Denmark was harsh, I didn’t think we deserved to go further.

Euro 2000 was hurtful, I supported Netherlands (my second country) and the semifinal loss to Italy on penalties broke me a bit but you can’t really cry for Oranje, they missed two penalties in open play for fuck sakes, they deserved to lose abeg.

And then the AFCON final in Lagos earlier in the same year, Nigeria lost to Cameroon on penalties, replays showed Victor Ikpeba’s penalty crossed the line before bouncing out, if there was VAR we’d probably win that one but we move.

There were a few harsh ones down the years and the 2006 champions league final loss to Barcelona in the rain of the French capital hurts till date, but if you remember how unintelligent the referee was with the Jens Lehmann sending off and Manuel Almunia’s stupid show of shame, you won’t be so hurt.

The peak of the bunch has to be the Wembley stadium disaster of February 2011, bear in mind that Arsenal had gone over five years without winning a reputable trophy, the Carling Cup final was a “get out of jail card” in that regard, it was an opportunity for Arsenal fans to smile again, no one saw any other result outside an outright Arsenal win.

Birmingham City were the opponent on the day, they were in the relegation zone, they had a thin squad and they were losing games week in week out, how they got to the Cup final beat everyone’s comprehension, in fact a school of thought opined that it was fixed for Arsenal to have an easy final.

The line up for the game by Arsenal had enough fire power to compete with any team in Europe, nothing prepared me for the dark night that was ahead, trust me to make a hell of noise about it, Facebook was pretty fresh then and Twitter was for a few but I made sure my voice was heard across all platforms before kickoff.

I was in my twilight days at Lead City University, I’d even placed friendly bets with Lanre Cole – a staunch United fan and Opsy who was the President of Club Inferno that year, Dennis was going to force me to bet with my phone then, it was a blackberry Bold 2, I can’t remember why we didn’t, guess God just never leaves His own.

I decided against watching the game at the common room as advised by the boys, I wanted to be able to enjoy my Smirnoff Ice – By the way I wasn’t into alcohol then, such a good boy – I hopped on the bike to Top 1 Gardens in Ibadan, the bar was filled to the brim, it was going to be a great evening.

The match started and you could tell by the opening exchanges that it was Arsenal’s to lose, but against the run of play, Birmingham scored and there were still not many that thought the guys in blue would win the game.

Arsenal equalized about ten minutes after they conceded and it felt like they will go on to win from there but I thought wrongly, lots of missed chances and weird decisions from Arsenal players culminated into a disastrous finish.

A simple long ball was fumbled between Laurent Koscielny and Wojeich Sczcesny, Obafemi Martins rolled the ball home into an empty net with just one minute remaining on the clock, my entire system froze, didn’t know if it was from the noise from “hating fans” of other clubs or the manner of goal my team conceded.

I sank into the chair, straight faced and emotionless. I could feel pings heavily from my phone in holster, the added time raced like it wasn’t given at all, I waited patiently for a while, thinking I’d wake up to realize it was a bad dream, taunting from people as they walked past me, trust me to wear an Arsenal shirt.

Same bike ferried my half dead body back to my room, I threw my phone to only God knows where in the room, the first instinct of every BB user was always to charge, I didn’t care, it was around 7pm, everywhere looked darker than 3am, I laid on the bed for hours, sleep eluded me and it was only when I got up to pee that I realized my tears had soaked the bedspread.

I cried my eyes out, the pain was close to the one you feel when you’re down to toothache, it was probably my worst night as an Arsenal fan, the team has lost loads of game since then but none hurts half as much as that horrible day at Wembley.

What was your worst day as a football fan? I’ll be happy to read from you but please leave your name so I can engage you better. 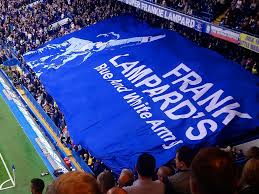 The rise and fall of Frank Lampard at Chelsea… Karma at its peak
January 27, 2021