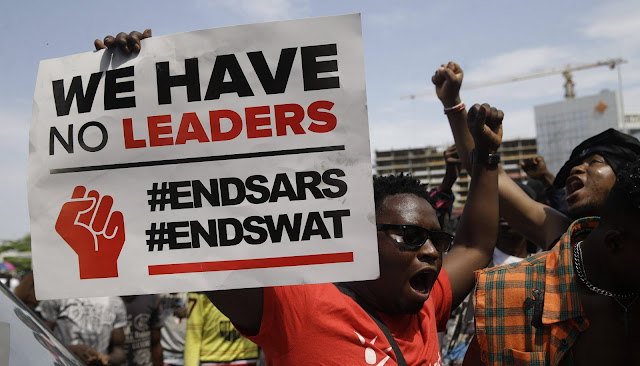 EndSARS was not a failure, we passed our messages but the lessons within should guide us for future situations.

I lost a church member to police brutality, dude was at a bar, watching football over a drink and a trigger-happy police officer’s stray bullet hacked him down. #EndSARS was a movement that was long overdue, we had to do something about the indiscretions of some members of the Nigerian Police Force.

I had a very long hard thought over this topic, it’s a sensitive one and I know a lot of people get emotional about it, it is what it is really, we have to take stocks at some points and the fact that we can’t all agree on same things is one of the beauties of existence.

20th October of 2020 would go down as one of the darkest days of Nigeria as a nation, but events leading to that gory night could have been avoided if the people saddled with security and the enforcement of law and order did their jobs without issues.

First I’d love to state this, the welfare package of the Nigerian Police Force is nothing to write home about, they still don’t earn well even after the reforms and the government should do better, a part of the agitations of the #EndSARS movement was addressing that but I doubt the NPF saw that.

Make no mistakes, there are bad lawyers, there are bad doctors and there are bad engineers too or what do you call those ones that do shabby jobs on road contracts? It rains everywhere but for those expected to protect us, they shouldn’t be the ones killing us.

There are good cops, but the ratio is embarrassingly alarming in favor of the bad ones, I’ve had my fair share of their foolishness and would dedicate another episode to that, but today I’m analyzing that night in Sodom and Gomorrah as perpetrated by the Nigerian Government.

A lot of people hate Governor Sanwo-Olu for the atrocities of the uniformed men that night, I feel a lot for him. How bad can your luck get? He’s had to deal with situations beyond his direct influence, Covid happened just when he was settling into office and then #EndSARS followed, tough luck.

But was Sanwo-Olu actually at fault for whatever it was that happened at the Toll-Gate that night? Like I said earlier, most people are emotional about the whole show but if we look at everything logically and critically, we’d see how helpless he was, should it be so? That would be an entirely different matter.

It started with a brave decision by a tired group of people to stand up and be counted, fight for a just cause and restore some sanity into the police unit, it was a noble cause and one we all should be proud of, regardless of how it ended, everyone involved in that fight was a winner.

The demand was simple, scrap the Special Anti-Robbery Squad for good, their harassment and murderous activities were getting out of hand, to them and their horrible mind, every young guy living a good life is a cybercriminal, they extort legitimate people and even kill, that had to stop.

It was a great development to see people leaving their work place to join the protest, I couldn’t join physically because I was down to covid at the time, if you’re my friend I’m sure you know me enough that I have coconut head, I would be at the fore-front, but we live to fight another day and I didn’t relent on the keypads.

Three things were poorly handled by the #EndSARS movement, I was one of them and I have never been afraid to identify with them. One of the mistakes we made was failing to appoint leaders early. When the governor went to the protest ground and asked to meet the leaders, that was a missed opportunity.

I understand the reason behind that by the way, we didn’t want to be easily manipulated, but we all knew some were more vocal and more active, we knew the leaders, why then didn’t we trust them to handle it? In the end we appointed them to the committee post #EndSARS, so why not earlier?

Secondly, we overstretched the campaign and we paid for it dearly. The first few days rattled the government and at the point we saw a video of Sanwo-Olu presenting our case to the president, we should have retreated and wait for them to act, if they refuse to behave after a while, we strike again.

Not knowing when to stop costs us lives, it became easy for hoodlums to be imported from outside Lagos, it became easy for the government to infiltrate us with some “agberos” and thugs, then when they started destroying Lagos, we were blamed for it, we should have stopped earlier.

And finally, the moment the governor imposed a curfew, we should have left the protest ground. I know some people will accuse me of blaming the victims, life has taught me to learn when to choose my battles, the handwriting was very clear on the wall, we shouldn’t have put anything past our government.

Did people die that night? I say emphatically, YES. Who killed them? I wasn’t there so I wouldn’t be able to say, but it will forever be wicked of anyone to say lives weren’t lost that night; what remains shady is the number of lives lost and the identity of those that pulled the triggers.

The point we saw some individuals removing items from the Lekki Toll-Gate, we should have retreated, then the light went off, at that point we still had a couple of hours to flee, stubbornness is part of our genetic make-up, it was pure naivety and we paid for it.

I am convinced that someone will one day pay for everything that happened that night, we have learned our lessons and I hope we don’t let emotions get the better of us next time, it was a noble cause, one I’m proud of, maybe if I didn’t have covid that day I’d be dead by now, because I could have stayed too… 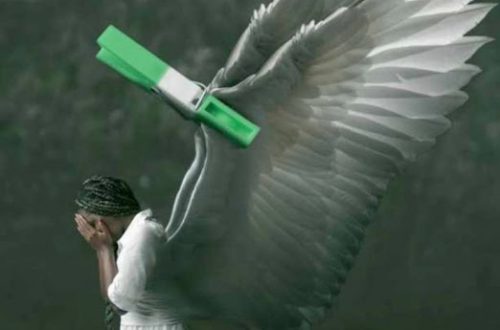